Confusing, that’s the best way I can describe this book. I’ve been struggling to disentangle this jumble of thoughts I have regarding it to make coherent statements for you to judge wether you’ll read this story or not.

“Belladonna” features a 19-year-old orphan girl, Signa, who’s lived with multiple guardians waiting to be able to inherit her parents’ fortune. Most of these guardians have been greedy or negligent, for which they have perished eventually. Now, Signa is invited to live with her last relatives, the Hawthornes. The wife has died. The husband has gone unpredictable in his grief. The daughter is very ill, and the son is trying to keep it all together. There’s a mystery surrounding this family; puzzle pieces that doesn’t fit together, especially after Signa finds out Mrs. Hawthorne might have been poisoned. Signa is set to uncover the murderer and chase Death away from her life for once and for all.

Let’s start with the easiest part, the title. It makes me smile. Belladona is a poisonous plant, and also the protagonist in this story. However, could the author have wanted to reference to Signa as well, as the bella donna, meaning pretty woman? If she had, it doesn’t affect or complement the story in any way, but I like the word play.

Another aspect I liked was having Death as a co-protagonist. He is all shadows and coldness, the quiet at night, ‘the ferrier of souls,’ the most feared by humans, but the one who ‘makes this world beautiful.’ The latter is a refreshing way of interpreting death in general, another side of the coin that we usually don’t want to acknowledge. Moreover, the premise of Death and Signa having a sort of bond was interesting. It wasn’t well developed, but there’s potential there. Also, he was involved in a twist at the end I enjoyed.

I have to be very honest with you. I’m not looking forward to the sequel. I don’t even know if I’ll read it for the sake of this review. It wasn’t the worst book to read, but it wasn’t engaging or entertaining either. Nonetheless, as we all have different tastes, you’ll be your own judge.

Come back next week for a new review, or subscribe here to make sure you don't miss it.

If you’re new to this universe, you’re going to love this book. If you’ve read the "Blood and Ash" series before, déjà vu will be your companion all the way. Nevertheless, you’ll still find yourself lost in a sea of action, magic, power plays and passion. It will definitely check your boxes.

This book had a great premise and revelations. There was a bit of romance, for those who enjoy some passion. The world and its supernatural participants were unclear—a mix of complexity with not much information, like a big universe for a simple story. The sequel or sequels are a mystery as well. 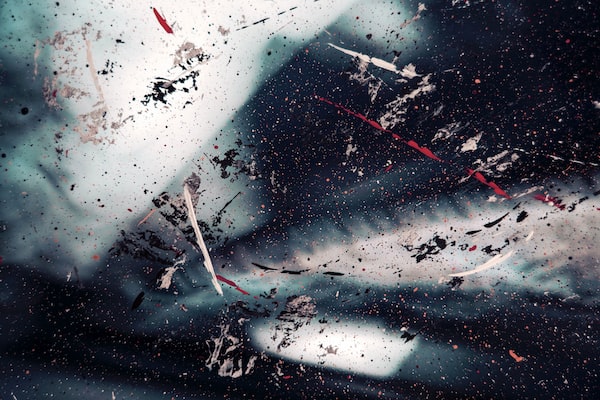